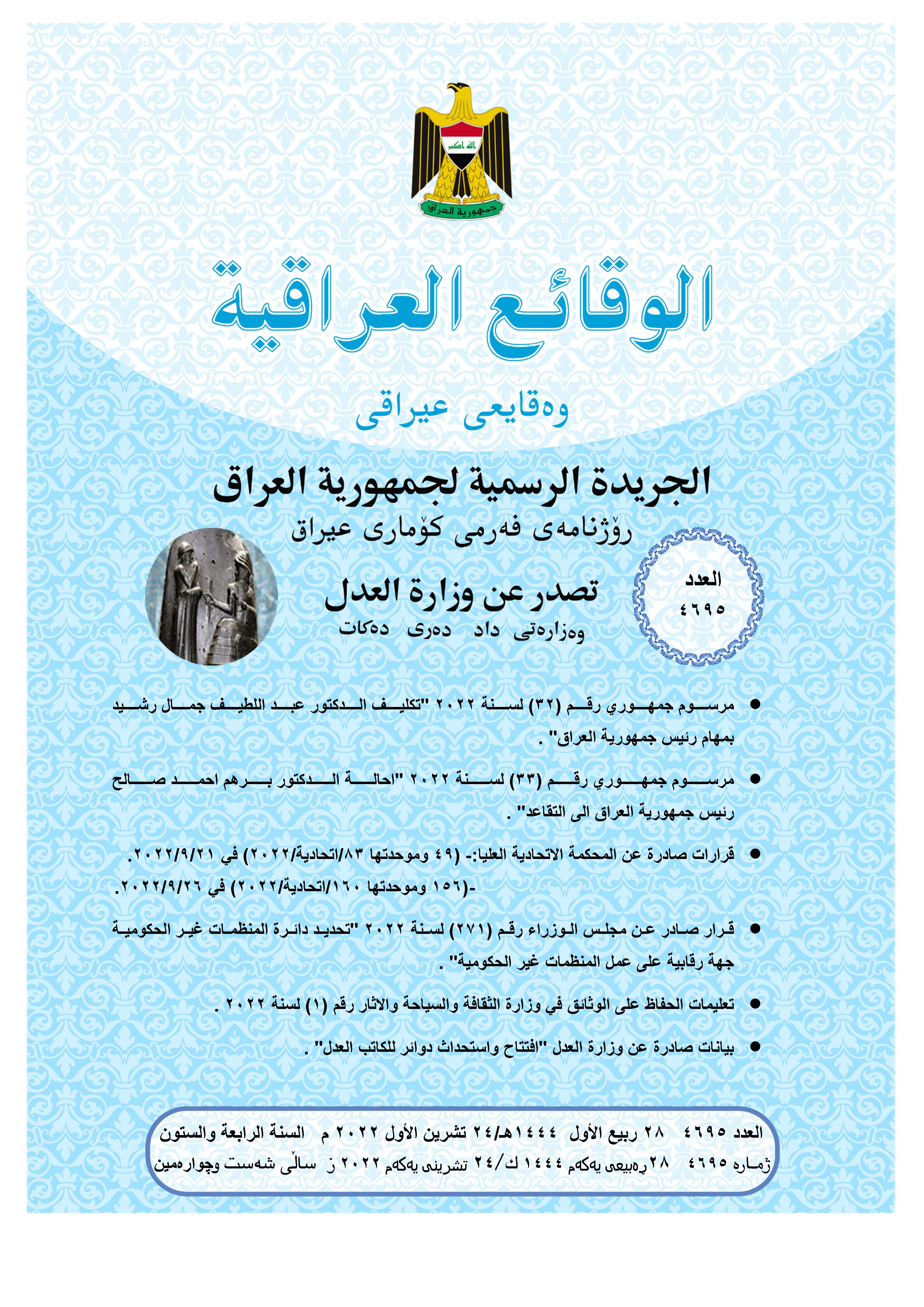 The Iraqi Council of Ministers issued its resolution No. 271 for the year 2022 on the 11th of October 2022 to determine the Non-Governmental Organizations “NGO” Department in the General Secretariat of the Council of Ministers, which is governed by the NGO’s Law in coordination with the Federal Board of Supreme Audit, as a supervising authority on the activities of NGOs for anti-money laundering and financing terrorism.

In this article, we will address the above-mentioned resolution from the legal and practical standpoints:

From a legal standpoint:

Whereas the legal permissibility stated under Paragraph 17 of Article One – of the Anti-Money Laundering and Terrorist Financing Law No. 39 of 2015 was invoked, which identified the supervisory authorities, while the same article has stated the possibility of adding a supervisory authority by a decision of the Council of Ministers based on the suggestion of the Anti-Money Laundering and Terrorist Financing Council, then to be published in the Official Gazette. As the Iraqi Council of Ministers, in its session held on the 4th of October 2022, issued a resolution determining NGOs Department mission in the General Secretariat of the Council of Ministers as a supervisory body for the works of NGOs for anti-money laundering and terrorist financing in coordination with the Federal Board of Supreme Audit based on Article 20 of the Non-Governmental Organizations Law No. 12 of 2010, which allowed coordination between the aforementioned department and the Board of Supreme Audit in matters related to the audit and Pursuance of the work of such organizations.

From a practical standpoint:

These measures represent a continuation of the supervisory/audit precaution exercised by the Iraqi state and its supervisory bodies to combat money laundering, currency smuggling and damage to the national economy on one hand. On the other hand, the Iraqi state, by its above decision, maintained the stability of the work of these organizations through determining a department originally competent in the affairs of NGOs to monitor what falls under its competence to achieve the desired goal, given its knowledge on how things are managed in the field of organizational work and the means to maintain its stability and sustainability.

From our point of view as a legal firm, we consider it as an apropos and a consensus approach that would support reducing financial corruption, waste of currency and illicit financing.
Below is a copy of the subject resolution in English language. 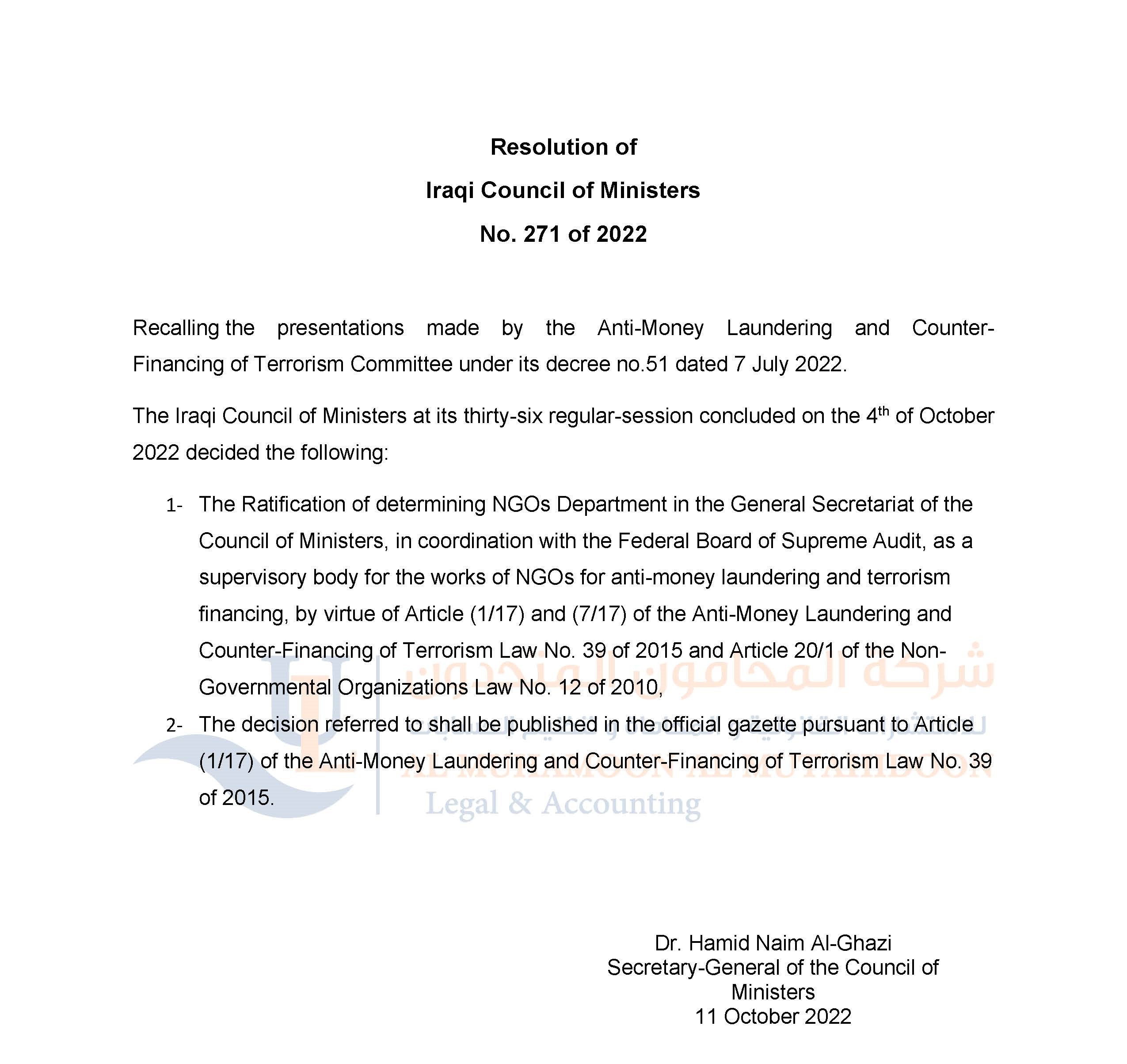 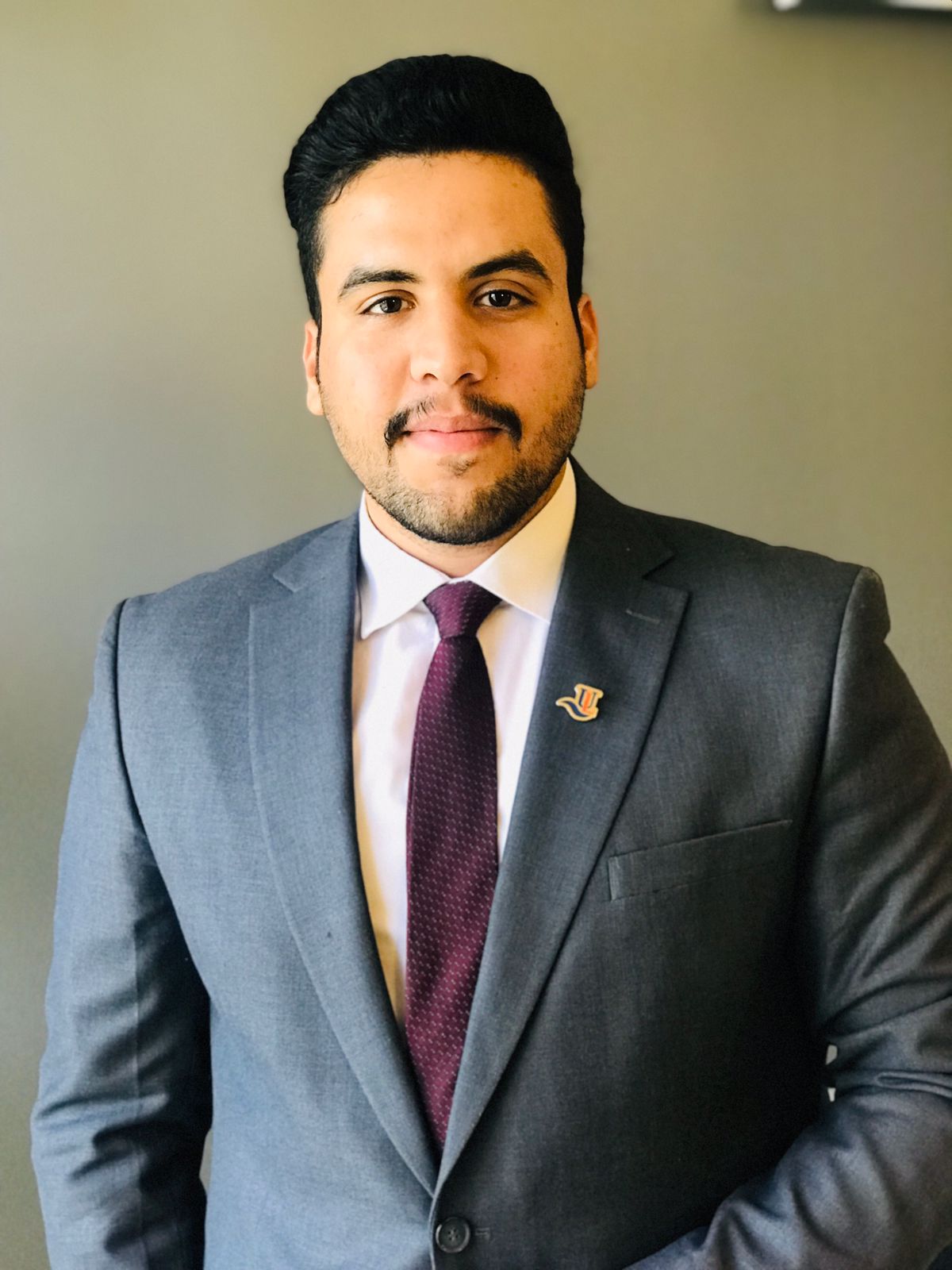